Announcing The New MullenLowe Group Posted on 12 May 2015 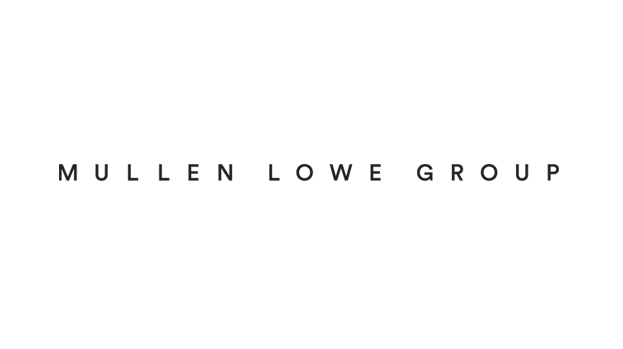 MullenLowe Group combines two of the most highly-decorated and innovative agencies in the world and reinforces IPG’s commitment to growing a third global full-service network within the company’s portfolio. Alex Leikikh, previously Mullen’s CEO, has been named Worldwide CEO of the new MullenLowe Group. Michael Wall, the Lowe and Partners CEO, helped create the roadmap for the announcement and has decided to leave the company after a brief transitional period. The executive leadership team for the new entity will be drawn from both companies and across world markets, with Jose Miguel Sokoloff continuing in his position as Chairman of the Global Creative Council.

“We have been clear that, with the diversification of Lowe’s offerings and its improved performance, the key for the network is now continuing its global growth, including the U.S., the world’s largest ad market,” said Michael Roth, Chief Executive Officer of Interpublic Group. “By creating MullenLowe Group, we can unlock this potential, and simultaneously provide a gateway to global talent and service infrastructure for one of our most dynamic and contemporary U.S. agencies. Clients will benefit from this combination of talent and creativity, as well as the fact the agencies have highly complementary cultures. Additionally, we see this as an excellent opportunity to engage Alex on a global stage and bring his strong leadership and proven track record as a builder of teams and business to one of the industry’s outstanding creative networks.”

“For Mullen, an ability to help our clients compete internationally has always been part of a broader growth strategy,” said Leikikh. “We are only as good as the talent we can attract and we owe it to our clients to put the world’s best minds to bear on their brands. Together, Lowe and Mullen have some of the world’s top people working across all major world markets. We have tremendous strength in the U.K, with great creative talent in high-growth markets that will remain at the core of our offering. The shared spirit of both agencies will drive a global creative group focused on clients who share our ‘always think like a challenger’ approach. The timing and the partnership are perfect, as we have U.S. clients asking us to take them global and we have a common goal with Lowe to be the most innovative and creative agency in the world.”

“We have been working with the team at IPG on this plan to enhance Lowe’s progress in terms of its capabilities in the key markets around the world,” said Wall. “The addition of Lowe Profero has really put digital at our core, and there is some nice momentum with new client business across the network. The U.S. is the key piece to accelerating this performance. And with Alex and the exceptional team at Mullen there is a great basis to build on our mutual success.”

MullenLowe Group will begin operations in the U.S. and U.K. markets effective immediately:

In the U.S., MullenLowe Group will oversee Mullen’s offices in Boston, Los Angeles and Winston-Salem, which will re-brand as MullenLowe.

In the U.K., MullenLowe Group will oversee DLKW Lowe, as well as Lowe Profero and Lowe Open in London.

Campbell Ewald and its clients will continue to access the international network as required. The agency – with offices in Detroit, San Antonio, New York, and Los Angeles – will operate independently within the MullenLowe Group.

(This article was first published on adage.com)

In recent years, Mullen has been selected as a Fast Company Most Innovative Company, a three-time Advertising Age A-List Agency, Creativity Innovator of the Year, and one of Forbes Magazine’s Ten Great Ad Agencies. In 2014, Mullen won six Cannes Lions, an Emmy Award, and was ranked as the #6 U.S. and #15 worldwide agency for creative achievement by the prestigious One Club. In addition, Mediahub, Mullen’s media planning and buying unit, was recognized as the Full-Service Agency of the Year by Mediapost in 2014.

Lowe and Partners is ranked in the top ten Cannes Lions Creative global networks and the fourth Most Effective Agency Network Globally in the Effie Index. Lowe SSP3 was named the International Agency of the Year by Advertising Age in 2013, the first agency in Colombia to receive that honor, and Lowe Lintas in India was the publication’s International Agency of the Year runner-up in 2014. In the WARC 100, an annual ranking of the world’s best marketing companies and campaigns, based on their performance in effectiveness and strategy competitions, Lowe Lintas India is the number one Creative Agency in the World, and Lowe Network is ranked fourth in the Top Agency Networks in the World.