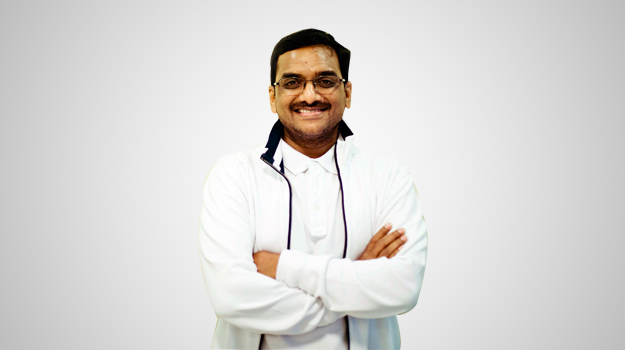 The logic worked perfectly well in an era where there weren’t too many brands or even categories, and mere product or service differentiations were enough to provide a clear advantage. And as categories were themselves constantly evolving, newer brands automatically had the benefit of being different.

In the modern, globalised economies however, the theory of competitive advantage has ceased to be a potent business force. Today, knowledge and technology are universally accessible and affordable ideas can be easily replicated.

Besides, the speed at which brands operate today and the ambitious global spread they cover, the innovator brand’s advantages can be matched or subsumed instantaneously. Product and service parity therefore spells the death knell of competitive advantage.

At the other end, we are seeing the surge of an audience who are a metaverse of instant connections, expectations, anticipations and gratifications. They virtually live in a world of brands and can WhatsApp their messages, Facebook their living, Google their quests, Tweet their thoughts, Amazon their wants, Snapchat their whims, Instagram their moments, Vine their personality, Uber their transit, Grofer their needs, Twitch their love of games, dashboard their fitness – and all while hanging in a Cloud. For them the difference between one brand and the other is as hard to tell apart as chunks of gravel.

What’s the solution then? DISTINCTIVE ADVANTAGE. Not Competitive Advantage.

Distinctive advantage is not something that is exclusively derived from point of difference. Rather, it comes from taking a point of view. A ‘Stand’.

High-growth companies understand that having a brand with a Stand (a strong point of view/a sense of purpose) is more attractive to consumers, employees and suppliers. They know that people buy from businesses that are driven by higher motives than bottom line and shareholder value, putting a company at the heart of the consumer’s world, making products and services smoother, communications more efficient and adding a feel-good factor to everything it chooses to do.

In this new era of branding, the best ones will be Stands with a purpose – built on a fundamental human truth, a universal good, a deep-seated conviction that outlasts campaigns, opens minds, deepens relationships, and grows share, of both profits and people.

A brand with a Stand is emotion in motion, the reason for us to get up in the morning. Once you find it, no force is greater. It has the ability to tip the scales and shift from a business model that is self-serving to one that serves others, eventually making it indispensable. This is the new reality.
The principles of a ‘Stand’ are,

A Stand is a Clarion Call

In the recent iteration of its long-running mission to awaken people, Tata Tea took the onus of awakening the nation to an issue that confronts almost half the population. The issue of women’s empowerment. It was observed that, ironically, the world’s largest democracy had the lowest representation of women in Parliament (just 11%), though women contributed to 49% of the population. Using the context of the Indian General Elections to take the issue centre stage, the brand decided on making the goodness of Tata Tea serve a good social cause – women’s empowerment in India. The big idea arrived at to enchant, evangelize and enrol was that no one can ignore women power or the power of 49%. A ‘vote bank’ that not even the self-serving, conniving politicians, could ignore.

A Stand is a Beacon of Hope

Idea has always championed the simple yet innovative resolution of a social problem, with the brand promise – a simple telephony idea can solve a big problem.

Today, while almost 900 million Indians are on voice mobility, data is the next big thing. Idea saw the lack of mobile Internet penetration as an impediment to a newly resurgent society that seeks to be empowered through knowledge. It therefore undertook a drive to make mobile Internet accessible to as wide and as diverse an audience as possible, with the challenge of empowering common people by providing them access to mobile Internet.

The big idea, ‘you cannot fool a person with access to mobile Internet’ comes from the thinking that if society in general was being made an ‘Ullu’ through various scams, as a result of being ill-informed, the only way to counter that was to make information available at everyone’s fingertips, with data services accessible through mobile Internet.

A Stand is a Symbol of Transformation

Tanishq has always celebrated the love for tradition, with a fresh new perspective.

We know that universally, every girl dreams about the kind of wedding she wants. It’s the most important occasion in her life, a momentous rite of passage. More so in India, where weddings are an elaborate, extended affair.

Unfortunately, all the idealistic imagery surrounding a joyful wedding is implicitly tied to a ‘normal’ wedding, one where the couple is getting married for the first time. “Remarriage”, in India, with its deep-rooted and archaic social mores, is far from this picture of wholesome happiness. Despite our country’s changing outlook in modernity, “Remarriage” still carries a social stigma and is conducted, almost apologetically and unceremoniously, away from the limelight and with as little celebration as possible. So, though it is still a wedding, and as such meant to be a joyous moment, it is in reality a formal necessity, to be dispensed with as quickly as possible and with a minimum of fanfare.
Through the transformative idea that ‘a remarriage is an occasion to celebrate, just like any other wedding’, Tanishq took a definitive stance in conveying a message that the time was right to provide a contemporary viewpoint to something as traditional as an Indian wedding. By showing a rarely seen facet of Indian weddings, and yet staying true to the brand’s celebratory wedding theme, Tanishq captured a culturally radical perspective that started a global conversation on the prevalent prejudices in society and the acceptance of bold changes in the modern context.

A Stand is a Tutor

When Havells, primarily a wires and switchgear company, diversified into home appliances, it had to engage an audience that it had never spoken to before: The Indian Homemaker.

The task was made even more daunting because the market was packed with reputed global and Indian brands. The Havells range, though as good as the best in market, offered no competitive advantage. However the brand found its distinctiveness and edge in its ideology.

Age old Indian social norms strongly suggested that a woman’s prime responsibility was to ‘take care’ of her husband’s needs. While things have significantly changed with time, Havells realised that the actions may have changed but the thinking hasn’t. Even today, the words woman and kitchen (or household work in general), continue to be deeply interlinked in people’s minds. In essence, Home Appliance brands were only making women faster rice cookers, quicker coffee makers and more efficient grinders so that she could finish her chores more effectively.

Havells, through its stance, unequivocally said “Respect a woman, she is not an appliance.”

A Stand is a Belief

Lifebuoy had a rich history of being involved in saving lives and in improving the health and hygiene of consumers across India and the globe.

Despite our advancement, very often, even the most well intentioned people feel overwhelmed and helpless about big problems like child mortality. Everyone wants to help save lives but they think it is beyond their power to do anything meaningful.

Diarrhoea is the second leading cause of death amongst children under 5, but Lifebuoy believed this tragedy can be easily prevented by the simple act of washing hands with soap. Lifebuoy’s cause is to make a genuine impact on child deaths from diarrhoea and pneumonia by changing the handwashing habits of people.

The ‘Help a Child Reach 5’ idea was to adopt the village of Thesgora, which had the highest
number of diarrhoeal child deaths in India, and tell the story of its children through compelling content, with the hand-washing message as a binding thread. By eschewing shock tactics and relying on a human-focused positive story the ‘Help a Child Reach Five’ movement empowered millions of people worldwide to help every child reach the age of five by pledging their support.

A Stand is a Storyteller

With a definitive point of view that there is more to a wish than meets the eye, Flipkart wants to be the universal icon of WISH fulfilment.

When the whole category is about the ‘What’ – deals, convenience and speed, Flipkart stands for the ‘Why’ that precedes the ‘What’ of every WISH, influencing the human behavior. A ‘Why’ needs to be inspired and can’t be manipulated like a ‘What’. And Flipkart believes that people don’t buy what they want, they buy for why they want because a WISH is a telling truth not for what was said but for what was unsaid. And that is the leading story it wants to own for the brand.

Helping you get every wish in your heart into your hands, the ‘Wish Chain’ little stories are all about empathy with consumers. It’s about the relationships, which are primal, human, sensual, seductive, physical, responsible, fun and winning.

Lastly, I’ll conclude by sharing an interesting experiment I conducted at IIMA some time ago.

I asked the students in my class to list out what they wanted to do when they passed out from their course. Almost all of them, as expected, went on to say that they wanted to land coveted jobs in prestigious companies and industries, with of course Investment Banking and e-commerce being hot favourites.

I then asked them to list out what they wanted to do if a generous patron were to gift each of them a sum of Rs.100 crores to pursue their dream, with no obligation on their part. In response, most students revealed that they would set up various social projects and institutions that would benefit society at large.

This thought experiment convincingly established that at the first level, most people want to establish a competitive advantage. But what matters at a higher level is Distinctive Advantage. And that can only come out of a Stand that shares a greater purpose. I told them that whatever they do with their lives, they should strive for a Stand that gives them the cause of action and not just the course of action.

As Aristotle put it, where one’s distinctive talents intersect the needs of the world, there lies your vocation.

(The abridged version of this appeared in Campaign India and can be viewed here http://bit.ly/1NcNcAB)