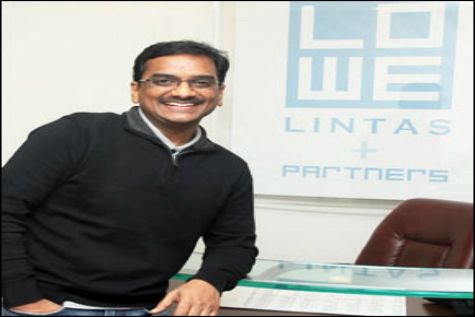 Just as I started my interview with S Subramanyeswar, national planning director of Lowe Lintas & Partners India, my photographer’s cell phone rang loudly. ‘You’re my pumpkin pumpkin, hello honey bunny…’ it blared, spewing lyrics right out of Lowe’s popular ad for Idea Cellular. Manners demanded one, but an apology seemed out of place in the face of such delightful serendipity, especially when this campaign fetched the agency one of its six Gold awards at the recently held Effies. Other campaigns that pulled in Golds for the agency include those for Lifebuoy, Kissan, Tanishq and Idea (Telephone Exchange). Lowe won the Agency of the Year title, one held by Ogilvy for the past four years. The last time Lowe topped the Effies was back in 2006. Though the Effie Awards ultimately reward ads, the judging criteria includes aspects like marketplace effectiveness, making it more of a ‘planner’s thing’ than other industry awards. Interestingly, one of the reasons Subramanyeswar, joined Lowe two years back, is the agency’s “planning culture”. Excerpts.

Q. What makes this victory more sweet – the fact that you dethroned Ogilvy or the fact that it’s an award for effectiveness, the only type of industry award Lowe believes in? And has the pressure to stay on top begun?

(laughs) Well, the agenda has never been ‘Oh I’ve to dethrone Ogilvy’; that’s not how we approached it. We wanted to raise our own standards. The rest happened as a byproduct. Pressure yes, but it’s a responsibility we’ll enjoy. Now the only way is up.

Q. Journalists often ask people what went wrong. The question here is – after seven years of trying to win this title, what went right this time?

We went about things in an organised manner, right from the beginning. It started with asking the question ‘What is the brand problem?’ Lowe believes in a problem-biased thinking. We spent a lot of time on identifying each brand problem correctly, something that’s not easy to articulate. Once that was done, we thought ‘What’s the best strategic path to be taken?’ followed by ‘Does this path solve the problem in an emphatic manner?’ So, everything was done in a very systematic manner.

Q. After Jaago Re, you seem to have found a sweet spot with CSR-type, ‘social’ campaigns. And this has worked for you. Hit upon a formula of sorts, have you?

We believe brands need to have a bigger, higher order purpose. Each brand needs to have a definitive point of view – its own worldview. Every brand needs to have a social proposition. People tend to relegate it to some sort of Corporate Social Responsibility, but it’s not that. Once upon a time, government and religious institutions used to codify things for us and tell us what’s good and bad. In a post-modern world, brands have taken on that role.

Q. Why do you think this has happened?

Our culture is becoming increasingly atomised. As people, we relate to each other the way atoms in a physical or chemical compound do. We lack meaningful, morally coherent relationships with each other. Occasionally, some galvanising event occurs – Anna Hazare movement, 26/11…these events offer coherence for a while. It is human nature to seek meaning. Today, society is not able to offer that, so brands have risen to that role. For example, Idea Cellular may not have the resources of Airtel or Vodafone, and may not be the market leader, but it is clearly a thought leader. Today, for people, it’s not about ‘What am I buying?’ but rather, about ‘What am I buying into?’ That is the only differentiator today. Everything else is becoming parity. Everyone has access to technology and resources so everyone can create a great product. In the past, the difference between the market leader and the No.2 product used to be vast; today, even a No.4 player can knock off the leader. In such a scenario, the differentiator is a distinct point of view a given brand holds.

Q. So would it be a step back for a brand to talk about its product proposition over a social proposition in its ads?

Standing for a higher purpose doesn’t mean your product story will go away. As a brand, you will keep coming up with new product innovations and new variants. So when you have new news to talk about on the product front, then yes, by all means you should talk about it in your ads. But never give up your higher purpose. Previously, people paid a premium because something was positioned as a ‘brand’ and not just as a ‘product’; today every damn thing is a brand. So having a higher purpose is the only differentiator. In the future, more brands will vie for a higher purpose. Brands should try and replace the question ‘What do we do?’ with ‘Why do we exist?’ Once you, as a brand, discover that, you will never play a small game; you will always play a higher order game.