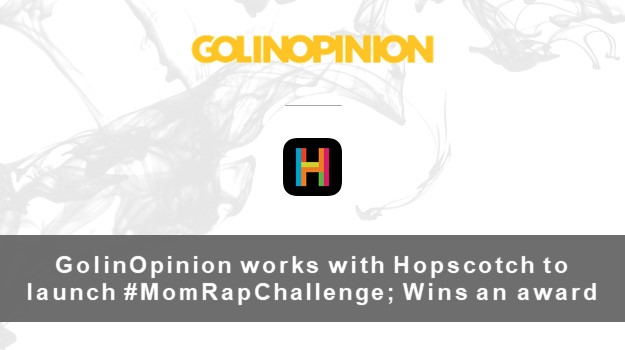 Paying an ode to mothers on the occasion of Mother’s Day was a no brainer for India’s leading kids fashion brand – Hopscotch. A think tank discussion was on, on how to leverage the day with none of the soppy-ness that it is usually associated with. The thoughts were around fun, young, cool, style – and the result was “The Style Rap feat. Mom” – a fun a rap video that showcases a mom rapping about what fun she has while styling her kids. GolinOpinion’s job was to ensure everyone heard it! After all, from choosing the perfect accessories and the right shoes to complete every outfit a Mom is truly every kid’s #FirstStylist. To amplify the reach of the campaign and keeping in mind the target audience of tier 2 & 3 towns, we associated with Tiktok to launch the #MomRapChallenge.

Through consistent PR efforts using Mother’s Day as a peg, the video and the challenge was popularized across traditional and new age media platforms. The campaign not only gained traction on category A media but also the insights from the campaign made it a huge hit on new age media platforms. As a result, the #MomRapChallenge video received 3.8 Billion views on Tik-Tok and became one of their most successful branded campaigns. And the campaign won the Best Digital Campaign by an eCommerce Enterprise at the Masters of Modern Marketing awards!

Hopscotch won three awards for this campaign at the Masters of Modern Marketing Awards including one for Best Content in a PR Campaign.