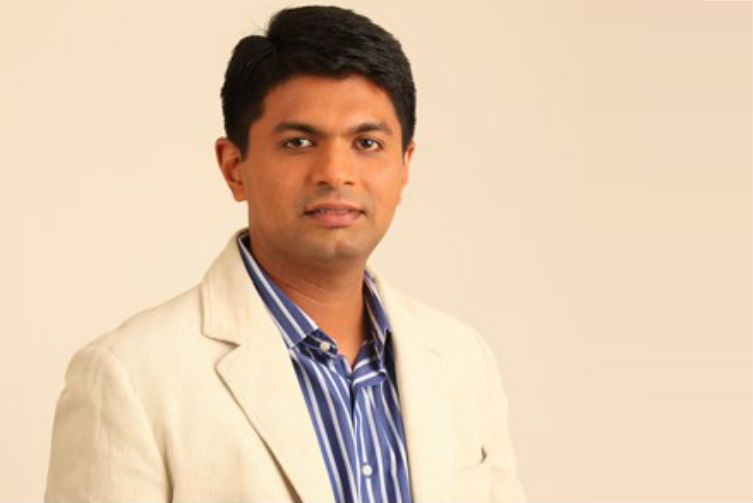 Lowe Lintas + Partners India are on a dream run right now. The agency had a roller coaster start of the year. In a first for India, Ad Age Declares Lowe Lintas + Partners, Runner-Up “2015 International Agency Of The Year”. Post that,’Kan Khajura Tesan’, developed by Lowe Lintas and PHD for Hindustan Unilever, was named the top marketing campaign in the world, according to the annual Warc 100 ranking. The campaign, which reached ‘media dark’ rural Indian populations with an always-on mobile media channel, scored 121 points, well ahead of any other campaign on the Warc 100 campaigns rankings.

It has been a dream comeback of sorts for the agency, especially after being ousted by their rival Ogilvy & Mather India as the Agency of the Year 2014 at the Effies. Advertising Age India caught up with Joseph George, CEO of Lowe Lintas + Partners, to understand how the agency managed to stage this comeback and what went in to develop this award-winning campaign called Kan Khajura Tesan. Here are the edited excerpts.

Q. The year started at a great note for Lowe. First it was Ad Age’s Agency Of The Year List and now the WARC title. What lead to these achievements?

Thank you. I would rather see 2014-15 as a culmination of our plans and priorities laid out on product, people and profit three years back. Personally, I am of the firm belief that the creative product is an agency’s lead if not only transactable ware. Every other aspect in an agency should be seen and indeed designed as an enabler towards that end. Our body of work in the last 3 years could easily rival the lifetime reels of most agencies in India. And which is why, it is no coincidence that our new business performance, our profit growths and our performance in all effectiveness awards have also been at their best during the same period.

Q. HUL’s Kan Khajura Tesan (KKT) has resulted to be a huge idea for Lowe Lintas. How did the idea generate? Please take us through the entire process of ideation to execution of the campaign?

KKT is a great example of a true collaboration of multiple partners coming together around a business problem, and creating a platform that’s truly an innovation. The business problem was very interesting. Because of the availability of only a few hours of electricity every day, even HUL brands were facing issues of awareness in some markets; and reaching over 100 million people without mass media can be both challenging and expensive. Instead of deploying traditional rural marketing, the extended KKT team decided to go in with a content-led solution on a device that was ironically omnipresent in these geographies–the mobile phone. We then brought the platform to life, tested content, created the branding and the campaign to launch it. The entire process involved various domain experts in content, technology and media being brought on board at various stages.

Q. Lowe handles Hindustan Unilever’s 21 out of 30 actively advertised brands in India. Is KKT the biggest innovation by Lowe for HUL so far?

KKT is special without a doubt, but there are numerous innovations that we’ve created with HUL. Whether it’s Lifebuoy’s mission of Help a Child Reach 5 (#HACR5) that helped Lifebuoy consolidate its position as the world’s largest soap brand, or Kissanpur that helped Kissan gain market leadership of Ketchups in India; there are numerous examples of our work with HUL that’s helped the brands in our portfolio outperform their categories, consistently.

Q. Lowe Lintas is #1 Agency in the World and KKT is #1 campaign in the world. Is this exactly what you mean two years back when you were quoted saying “We need to up our game on Unilever”?

I could sound prophetic and say yes, this is exactly what I meant; but the truth is that we made that commitment to ourselves, to create ideas that have a game-changing impact on our clients’ businesses. I’m proud that we’ve managed to put 3 of our initiatives with HUL on the list of top campaigns in the world.

Q. The major recognition that has come to you this year is because of the work you did for HUL. How do you rate HUL as a client?

HUL has been a significant contributor to our wins this year. The fact that Lowe’s relationship with Unilever in India dates back to 1939 and continues to grow, pretty much sums up how we see this partnership. But I’m happy that our clients across the board have played a role in our wins this year. If you look at Effies (India and APAC) over the last two years, we’ve won awards across the spectrum of clients including HUL, Idea Cellular, Tanishq, Tata Tea, Havells, Starsports, Freecharge, Britannia, OLX among others. A lot of these brands have made a massive contribution to our wins across the board.

Q. It has been more than 10 years since Lowe has stayed out of the Creative Abbys in India. Do we see you this year at the Goafest?

Q. What is the biggest challenge as far as creativity in advertising is concerned in India now?

Competing with and for content and talent outside of advertising, that is as creative.