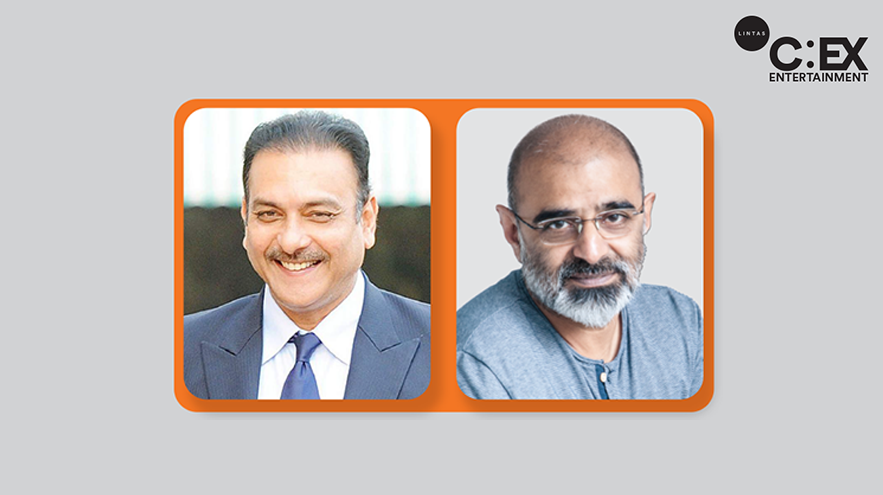 Headlined by Ravi Shastri, the show is slated to hit the floors later this year

Lintas C:EX Entertainment – the recently announced Content Business vertical of the MullenLowe Lintas Group, under the leadership of Yogesh Manwani has teamed up with Ravi Shastri for an unscripted series. Conceptualised by Lintas C:EX Entertainment, the series will be headlined by none other than Ravi Shastri – the former Head Coach of the Indian National cricket team and popular Cricket commentator.

A one-of-its-kind concept, this premium-unscripted series will mark the debut of Ravi Shastri, the global cricketing legend, into the world of streaming entertainment. Ravi has donned many hats through his illustrious career, be it on the pitch, in the commentary box and in the dugout as head coach. This show will undoubtedly bring alive his charming, colorful personality, while showcasing a side beyond cricket that the audience hasn’t witnessed yet.

When asked about his decision to step into the world of streaming entertainment Ravi Shastri said, “I have been keen for a while to explore something that is exciting, disruptive and goes beyond cricket. From the day Amer shared this show idea with me, I knew immediately that this was it. I am looking forward to this new innings and creating a world-class series with a passionate and talented team of professionals.”

The vision of Lintas C:EX Entertainment is to set new benchmarks with distinctive and engaging ideas and formats. This new series, with one of the most well-known global personalities in sports, is a big move in that direction. This concept has been created and designed keeping the streaming audience in mind and its creative development has begun.

This is a sentiment that is echoed by the team and even the Group CCO and Chairman of MullenLowe Lintas Group, Amer Jaleel, who said, “Since we began Lintas C:EX Entertainment last year, we have been exploring ideas that resonate with our vision and help set new benchmarks in the premium content space. The concept of this global unscripted series with Ravi is a testament of that vision. We are glad that Ravi shares our belief and passion for this concept and got on board right away. We are excited to partner with him and there could not have been a better start to our innings in the premium content business.”

The Lintas C:EX Entertainment team’s excitement for this show is palpable. Presently under development, the series is slated to hit the floors toward the second half of this year. Something truly amazing is in the works.