Subbu’s Blog: Take a stand. History will stand by it. 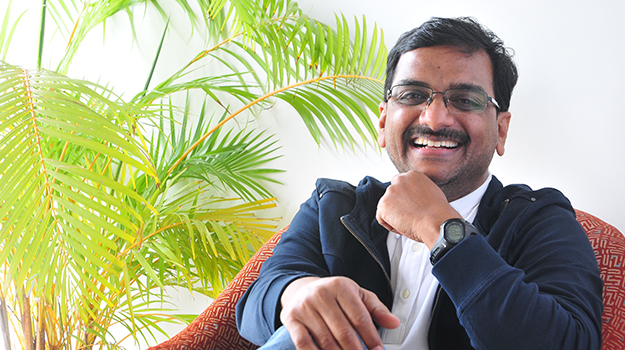 If there is one thing that defines the times we live in, it is the deep and widespread polarisation in every facet of society. The issues may be diffused and amorphous, but the stances are getting more extreme and rigid with each passing day.

To cite a few recent examples, in the political space, the debate over the abrogation of Article 370 in Kashmir and the Internet ban, the passing of CAA and the Shaheen Bagh protests, the new farm laws and the farmer protests and the gross mismanagement of the second wave of COVID-19, with regard to the health infrastructure and vaccination drive, have all split the country down the middle.

In the social space, raising the minimum age of marriage for girls and the implementation of the love jihad and cow protection laws in some states have torn the societal fabric. In the environment space, the attempt to dilute the Environmental Impact Assessment norms, the tacit support for big business to trample over ecological concerns and lucrative infrastructure projects allowed to cut through protected areas have all pitted the environment and development groups against each other.

Even the media and corporate world, with the Bollywood star Sushant Singh Rajput’s case and the withdrawal of the Tanishq TV commercial have not been spared, even as issues such as OTT and social media regulation, Chinese apps and more, continue to be hotly debated.

What all of this fundamentally means is that stances on issues are hardening like never before. In this unprecedented polarisation of the proletariat by vested interests in the government, business and society, the issues themselves may not always be clear-cut, but people will rally around on one side or the other. And it’s not always only governments, organisations or individuals taking a firm stand. Increasingly, corporate entities and brands are not afraid to take a very strong and public stance.

Globally, Nike was the first off the blocks to support the ‘Black Lives Matters’ marches. Airbnb opened its doors of free housing to refugees stranded by Trump’s ill-devised travel ban. Ben & Jerry’s scooped out of Phish Food Ice-cream flavour to highlight the damage caused to the Great Barrier Reef by dredging activities. And Levi’s began riveting attention on gun control and urging people to leave their guns at home.

While all these brands have a good presence in India, sadly there have not been instances of these or other brands taking a strong stance in India on issues of raging importance. Barring a few examples like detergent brand Surf Excel’s Holi festival ad that tried to promote Hindu-Muslim harmony, or Bajaj and Parle boycotting the pro-government Republic TV for its toxic content and agenda, Indian brands have been way too complicit in toeing the official line and are very skeptical and wary of taking on the establishment publicly, fearing the possible repercussions, both from the authorities and, increasingly, social media trolls.

So why have corporate entities and brands suddenly taken to social activism? It’s not like there were no contentious issues in the world earlier. Neither is it that brands have developed a conscience overnight.

It probably has to do with an emerging brave new world that always has an opinion on everything. And with democratised means of communication like social media through which they constantly Tweet, TikTok, Facebook, Instagram and WhatsApp, it’s no longer difficult for them to find a platform to give a voice to their opinions. Further, besides just having and voicing their opinions, people, particularly the ‘belief-driven’ millennials and GenZ, who constitute about 65% of India’s population, now expect those they associate with, to do the same.

Brands on their part, won’t have much of an existence without their constituency, so they are forced to take a stance on issues that matter to their audiences, who are becoming more and more purpose-driven and have a clear preference for brands that are led by higher motives and have a point of view built on fundamental human truths, universal good or a deep conviction that opens their minds and connects to their belief systems.

Today’s consumer seeks experience, meaning and a causative stance. Not just lifestyle, power and status. This is in a way a return to compelling eastern philosophies like the Indian Swadharma or the Japanese Ikigai. And if brands have to find a way in to this evolved existence, they have to be following a similar path to empowerment and enlightenment.

To be fair, for decades, the more well-known brands always had a view on issues that concerned either their consumers or society in general. Those views reinforced their identities and beliefs and projected the perception of a brand that goes beyond being a transactional entity to one that celebrates the greater good in society. Popular beverage brand Tata Tea’s anti-corruption ideas led by its ‘Jaago Re’ war cry, Whisper’s effort in asking women to break out of the period-related taboos through its ‘Touch the Pickle’ initiative and Lifebuoy’s ‘Help a child reach five’ initiative emphasising the need to adopt a regular hand-wash hygiene, showcased these brands’ sincere desire to embrace serious issues that increase engagement with their audiences and help build deeper, stronger relationships.

To put it simply, when you don’t accept the current or prevalent views on what is happening and become a representative symbol of a new ideology or idea that matters to people, just as these brands did, you are taking a stand with a definitive declaration, and have the opportunity to positively impact the world in your own small way.

But what is different now is the fact that Indian society at large is itself polarised, politically-charged and cognisant of the issues that matter. The daily interactions on social media are a case in point, where individuals are swamped with more and more political or politically slanted content. This is not to say that the users are being put off. On the contrary, they can’t seem to have enough.

And once they have taken their sides, a pan-India research says that people are keen to know which side of the political divide the brands that they are associated belong to, even with regard to brand ownership – for instance the Ambani and Adani business groups have generated intense debates on probity, if only because it reinforces and justifies their own stand. This even leads to communities of like-minded individuals being formed on the basis of their association with a particular brand ideology.

As much as a brand has its own unique history, it will also be expected to set out the basis on which its future will be built. Hence, a brand can no longer remain relevant if it chooses to be politically, socially or environmentally indeterminate or indifferent. It can stand for an issue or against it, but it cannot choose to remain neutral, because that would clearly signify that the brand has no point of view and hence is not worthy of being associated with.

Whether you are a start-up or an established brand, whether you are a product or a service, whether you are a junior manager or a decision maker, finding an inspiring stand for a brand, prospectively or retrospectively, and keeping it at the heart of your business, not only creates sustained profitable growth, builds relevance in a rapidly changing world and deepens loyalty beyond reason with all stakeholders, but also changes for good the lives of individuals across the communities it serves. And that stance could mitigate problems, right the wrongs, enable connections, promote public health, advocate rights, evoke pride, support self-worth, stimulate pleasure, or whatever else the unique cause leads you to inimitably champion.

If 2020 was unprecedented in the way lockdowns and economic distress severely impacted the whole world, 2021 continues to cause mayhem with medical infrastructure and social support systems. But this has also given us the chance to redefine things in a manner never done before and take us into a future that is so unlike the past.

Whatever your passion or hunger, there is clearly a cause, worthy enough for your brand to take a stand on. And your actions might just make the world a better place at a time when it needs it the most.

(The article was first published by Campaign India on their website)