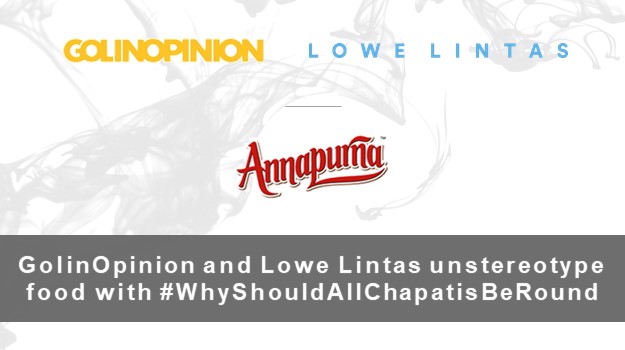 The videos have resonated so well that they have garnered over 5.3 million views, exceeding targets by 337%

While brands have been busy breaking stereotypes about people, Lowe Lintas and GolinOpinion wanted to address an age-old norm around food – the notion of a perfect round chapati, almost always judged by its stereotypical round shape due to centuries of conditioning over continents, formed way back during the Indus Valley Civilization and passed on for generations since then.

Lowe Lintas created the idea of #WhyShouldAllChapatisBeRound, positioning Hindustan Unilever’s Annapurna atta as a brand leading a movement to change this stereotype in food, albeit in a new-age and light-hearted manner. GolinOpinion conceptualized an impactful digital outreach approach in association with renowned influencers who conveyed this message via engaging, short-format videos in their own peculiar style. They decided to launch with a popular comedian to convey the message in a quick-witted manner and also selected influential couples to align with Annapurna’s target market and communicate to them via relatable banter that these couples share. This selection of influencers ensured high engagement and an unfair share of attention.

The first video was published by comedian Aravind SA, showcasing his witty take on chapati making as a natural extension to his immensely popular ‘chapati song’. Couple content seemed to gain a lot more traction and engagement during the lockdown hence, our chosen couples executed interesting concepts to ensure high engagement. Celebrity couple Sreeja and Kalyaan Dhev didn’t let the lockdown put a hold on their travel plans for the year and took a trip down the memory lane through their chapatis shaped like their favourite travel locations. Similarly, regional content creators, Jahnavi and Sushanth, executed the trending ‘Don’t Rush Challenge’, passing over a rolling pin to family members, creating an extremely fun and engaging video.

The content generated by these influencers resonated so well that a number of people left interesting comments on the influencer videos sharing their thoughts on #WhyShouldAllChapatisBeRound. They also shared their own attempts at making chapatis, with a few even taking the more creative route to showcase ‘chapati art’.

Lowe Lintas and GolinOpinion ensured that all videos were impactful and engaging. Not only did they help incorporate seamless brand integration in every video, but also ensured that each script was impactful, witty and relevant. The lockdown meant short timelines hence, the entire campaign had to be managed remotely.

The videos have resonated so well that they have garnered over 5.3 million views, exceeding targets by 337%. The brand results also include impressions of over 5.5 million and media readership of over 178 million.

Some highlights from the digital outreach

Bonus mileage secured that gave an impetus to the campaign 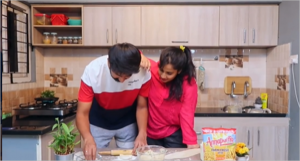 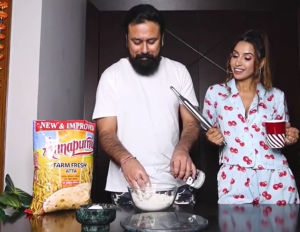